Surrogate Pregnancy: What is it? Legality in India

The word Surrogate pregnancy or ‘Surrogate’ has a Latin origin from the term ‘Surrogatus,’ meaning a woman who acts as a substitute for another woman. When the couple is unable to conceive, various fertility treatments are offered to them. These are known as Assisted Reproductive Technologies. They are broadly divided into in-vitro and in-vivo methods. 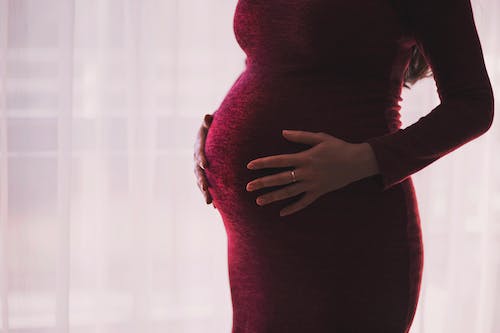 Surrogacy as a part of IVF

The in-vitro method refers to the fertilization of the ovum by the sperm outside the female body. After fertilization, there is the formation of a single-celled zygote. The zygote undergoes subsequent divisions to form an embryo.

The embryos are generally allowed to develop outside the body into appropriate culture media. They can be frozen for implantation at a later stage. (Read more: frozen embryo transfer)

Or after development up to the 32-cell stage and checking for the genetic makeup (to rule out genetic abnormalities), the embryos are inserted into the female genital tract.

The embryo is then transferred into the uterus or fallopian tube of a surrogate mother or the same mother; this is called embryo transfer. Two types of in-vitro fertilization:

The zygote or early embryo up to the 8-cell stage is transferred into the surrogate or the same mother’s fallopian tube. This is called a ZIFT.

If more than 8 cell-stage (commonly up to 32 cell stage) are transferred into the uterus, this is called IUT.

If the embryo is implanted into the womb of another lady (who is not the biological mother of the fetus) and the fetus is allowed to develop till the full term of pregnancy, such a mother is called a surrogate mother. Once it is born, the baby is returned to the intended parents, and in return, receives some degree of compensation as mutually agreed.

Thus, the surrogate mother is not the biological mother, since her eggs or ova are not used for sperm fertilization. However, she provides the milieu necessary for the fetus’s growth by consenting to have the embryo implanted in her uterus. There is no genetic link between the surrogate mother and the child born.

Commercial Surrogacy was legalized in India in 2002. Informally, it was referred to as the ‘Rent a Womb’ practice, wherein mainly foreign couples, who were infertile, could realize their dream of parenthood with the help of surrogate females. As the medical tourism industry boomed, India became known as the ‘Surrogacy Capital of the World.’ Not only foreign couples, but the educated urban couples were also increasingly opting for the assisted reproductive technologies.

Why do people opt for surrogacy? The answer lies in rising rates of infertility and better awareness.

Infertility refers to the inability of a couple to conceive. More simplistically, it refers to the inability of the woman to become pregnant. When the couple cannot conceive or produce children even after 1 year of unprotected sexual cohabitation, medically speaking, is called infertility. For women over 35 years of age, the period is 6 months of cohabitation. Women who conceive but cannot carry the pregnancy till the period of viability may also be termed infertile.

Primary infertility refers to a complete lack of conception.

Secondary infertility is for those women who had a successful pregnancy in the past but cannot conceive now.

The causes are varied- physical, congenital, diseases, drugs, immunological, or even psychological. It may involve both the partners, the male, and the female. According to studies on reproductive health, half of the time, men are responsible, while for the rest half, women are to be held responsible.

Infertility is still associated with social stigma and ostracization in towns and rural India. Societal and familial pressure further add to the stress and are contributing factors in the inability to conceive.

India, post the liberalization reforms, has opened up its market economy. Consequently, private healthcare received a shot-in-the-arm, which provided more sophisticated and advanced procedures than those available at government hospitals.

The major focus of the government has been family planning and population control. It was unlikely then that it would invest in assisted reproductive techniques and infertility treatment options. With the steady increase in the age-at-first live birth among females, delayed marriages, and increasing stressors, the rates of infertility in India continue to rise among Indian couples. Thus, the private sector stepped in with foreign-expertise to help these couples conceive various techniques in their armamentarium.

While post-GIFT or post-ZIFT, the embryo is generally inserted into the womb of the biological mother; in cases where the mother’s womb was unsuitable for implantation, the option of surrogacy was offered. The cost of surrogacy in India was also a fraction of what it would cost in the West, for example, the USA. As per the Confederation of Indian Industry report 2012, India’s surrogacy industry was 2 Billion dollars a year, with more than 3500 clinics engaged in the infertility treatment domain.

Concerns with regards to the unregulated Surrogacy Business:

However, the surrogacy industry was highly unregulated, and several ethical, legal, and commercial concerns arose. Case reports of unethical malpractices, corrupt practices by mediators and commercial agencies, exploitation of surrogate mothers, episodic abandonment of children born to surrogate mothers, flesh trade led to alarm among the public, medical professionals, and lawmakers, calling for more regulation in the booming sector.

The Law Commission of India, in its report to the Government of India, proposed the prohibition of commercial surrogacy because:

Subsequently, in 2015, under the NDA Government, a notification was issued which banned surrogacy for foreign nationals in India. The first Surrogacy (Regulation) Bill was introduced in 2016

It was then referred to the Parliamentary Standing Committee on Health and Family Welfare. It was introduced and passed by the Lok Sabha again in December 2018 without incorporating most of the Committee’s recommendations but lapsed again.

However, in 2019, the Surrogacy (Regulation) Bill was tabled again in the Parliament in the second term of the NDA government. The 2019 Bill is identical to the Bill of 2018.

The Lok Sabha passed the bill on 5th August 2019 and was sent to the Rajya Sabha, where it was sent to the Select Committee for further deliberation on Bill’s specifics.

(A bill becomes an act after it has been passed by both the houses of the Parliament, the Lok Sabha and the Rajya SABHA, and after the President gives his assent to the bill)

Thus, with the introduction of the bill, commercial surrogacy was prohibited. Also, foreign nationals were barred from opting for surrogacy in India.

The Bill provided for the constitution of National ad State Surrogacy Boards to register and maintain a record of surrogacies at the state and national level, respectively, while also empowering them to issue guidelines from time to time concerning grievances and dispute redressal mechanisms.

As per the Surrogacy Regulation Bill, 2019, only ethical altruistic surrogacy by Indian couples is permitted. The Bill has already been scrutinized once earlier by the Standing Committee on Health and Family Welfare and, secondly, by the Rajya Sabha select committee.

Eligibility for the Couple:

Indian couples who have been married for at least 5 years in the age groups 23-50 years (women) and 26-55 years (men). A certificate of essentiality and a certificate of eligibility to prove their application is also mandatory. They cannot have a surviving child, either biological or adopted, except when they have a mentally or physically challenged child or suffers from a life-threatening disorder with no permanent cure at present. The couple has to give a written undertaking that it would not abandon the child born out of surrogacy. Doing so is punishable with a fine of up to rupees 10 lakhs and 10 years imprisonment.

Eligibility for the Surrogate Mother:

The surrogate mother should be a close relative of the intending couple. She must be between 25-35 years of age, married, and have a child. No previous surrogacy, meaning it would be her first and last surrogacy.

The insurance cover would also need to be provided for the period of pregnancy and sometime after that. For a Surrogate mother, the proposed insurance cover has now been increased to 36 months from 16 months earlier.

(In a recent report, the 23-member Select Committee of Parliament suggested the following recommendations to the Surrogacy (Regulation) Bill, 2019.

The debatable clause limiting surrogacy only to “close relatives” be removed from the Surrogacy (Regulation) Bill, 2019, and to replace it with any ‘willing’ woman to make the benefits of modern technology more easily available to infertile couples, provided all the other criteria are met.

(Since surrogacy is an integral part of IVF techniques, both the committees have recommended that both the bills should be brought together, rather than in isolation, to avoid duplication of boards and mandates)

Surrogacy finds mention in old religious and biblical texts as well. However, many concerns have arisen with regards to the rights of the surrogate mother, the care she receives, the exploitation as seen in investigative reports, and the acceptance/abandonment of the child arising out of a surrogate pregnancy.

Since the contracts are legally enforceable, with clear legislation in place to deal with disputes, the legal aspect of surrogacy, for the time being, is taken care of. As societal values evolve, so will the laws and their amendments.

Surrogacy must be voluntary and not forced upon. The mention of ‘close relatives’ of the intending couple brought to fore the hidden pressures of patriarchy, in which females would be unduly pressurized to consent to be a surrogate, for ‘family’s sake.’

However, the recommendation to replace it with ‘willing’ is a welcome suggestion. More than anything, altruistic surrogacy is an opportunity to help others and give them joy.

The commercialization of surrogacy brought to fore the monetary aspects and the associated economic exploitation of women from society’s lower rungs. Thus, it is important that the surrogate mother, without coercion or pressure, consents to be a surrogate by her own free will.

Surrogate pregnancy: The Way Ahead

The Surrogacy (Regulation) Bill with the ART Bill promise to bring all the stakeholders: Infertile couples, surrogate mothers, and healthcare professionals to navigate the complex dilemmas of surrogacy and its impacts on the health and culture of the society.

While the infertile couple’s rights must be ensured, appropriate care and nourishment should also be provided to surrogate mothers to prevent their exploitation and ensure that they are treated with dignity.

No Tag have Found!